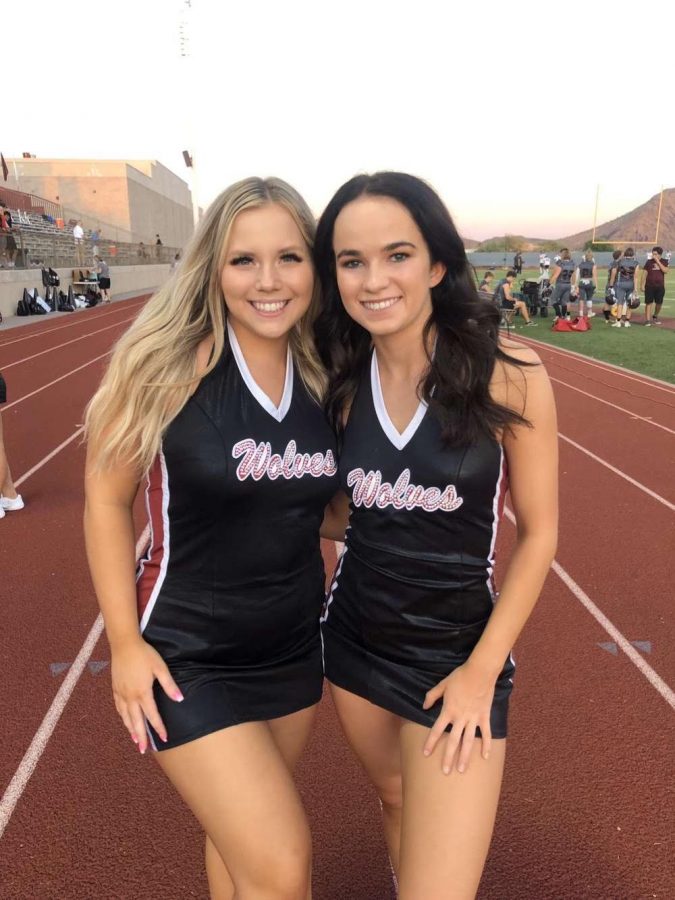 Senior Assassin is more than just a competitive battle within the senior class with weapons of water. Some seniors may play for fun. Others have an ultimate goal: Play to win. Win for the pot of $2,384.

This year, assassin coordinators Lauren Douglass and Emily Spiesman, both AP students and members of the varsity pom team, spent hours organizing targets for the 149 teams playing in round one.

“We’re excited to help coordinate and we did have to give something up,” Spiesman said. “We are not playing, and that’s a trade-off we decided to have.”

Creating a Twitter account and spreading the word
Making and organizing the rules
Collecting all the payments and counting the amount of money multiple times
Making a list of all the teams
Answering any questions and complaints
Re-checking everything done so far
Sending out the targets
Looking over assassinations made
Keeping the game going and re-checking everything again, every day

“I think we have realized that they are not trying to attack us, personally,” Spiesman said. “Everyone has always had not the nicest thing to say about coordinators, but someone’s gotta do it.

Keep in mind that each decision that the coordinators make, takes time and deliberation.

For example, many contestants wanted to wear goggles with hats.

“We ended up deciding not to allow wearing goggles over hats, because the whole point of the protection is that wearing it is a trade-off,” Douglass said. “It’s either really uncomfortable, or it looks silly, but in exchange, you get protection, so we thought it would be logical, not to allow that, because then that would make it more comfortable.”

Spiesman said the money, while nice, shouldn’t be the sole focus.

The week of Thanksgiving, only four teams remain. Should nobody win, the organizers plan on rebooting the competition with the final three teams.

“Yeah, even though we are hiding behind the twitter icon, we are still just two regular people and just trying to do our best. People are allowed to disagree with us, just respectively.” said Douglass.