An insight into incitement

DM students, like the nation, split on who's to blame for insurrection 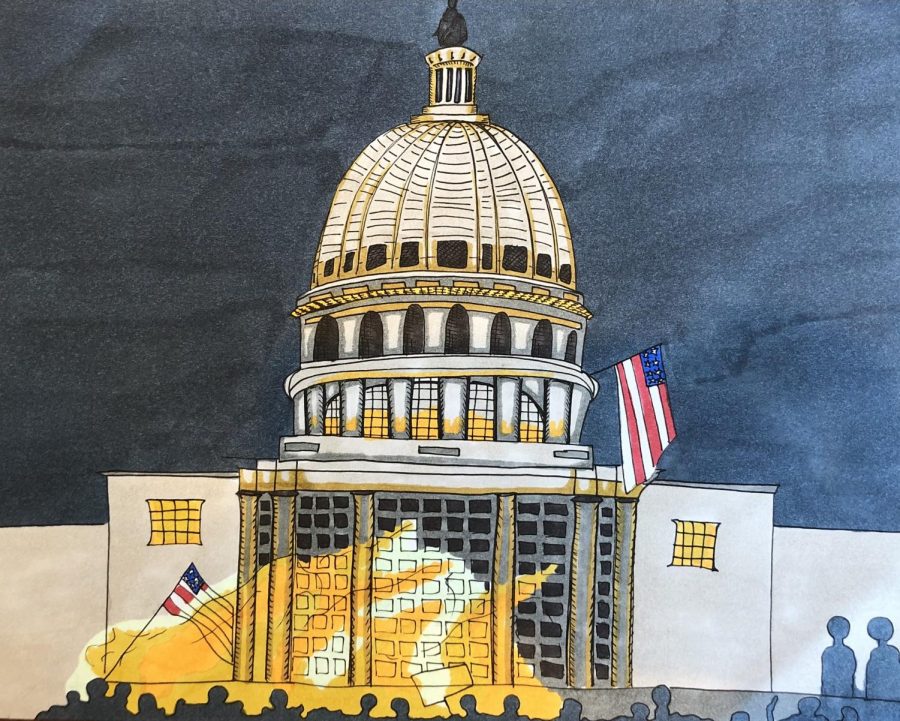 Columnist Abigail Whyte says those who were involved in the Jan. 6 occupation of Congress are guilty of an unconscionable act that is unacceptable and deserving of punishment.

The nation is now divided to a large degree along party lines as to whether or not former President Trump instigated or incited the mob that stormed and occupied the Capitol building.

DM students, in a recent Wolf’s Print poll, indicated they were similarly divided, with the most vocal critical of the former president’s role.

“I believe that strict legal action needs to be taken on those who participated and an evaluation of how the current system in America is running needs to happen as well,” said DM student Mel Robinson (12). “Because, in my opinion, a good system would never have allowed a country to get anywhere near this point.”

The mob entered the Capitol on the premise that the election was fraudulent and in an effort to stop the certification of the election. Whatever their purpose was the country was fairly united in disgust and horrified by their actions.

“The attacks on the capital makes me very sad and concerned because people view the Capitol building as safe and the fact that people were able to barge in and vandalize is alarming,” said Katie Giali (12).

And how do we heal a nation?

Some of these questions may take years to find workable answers–because of what has become a palpable divide.

Did a sitting president incite this mob to carry out this most undemocratic and awful action in what is seen as one of the strongest democracies in the world, or were the mob responsible for their own actions? They were hell bent on forcing their will on the people, in the people’s house.

“I think it’s horrible that some things like this happened and that the president didn’t do anything about it, instead, he provoked it,” said DM student Janne Sontje Langer (10).

However, other students questioned whether the former president should be held accountable. They asked that their names and views not be published. But they echoed the views of congressional Republicans who have strongly allied themselves with Trump.

“How do you incite a riot when the president said, “Peacefully and patriotically go to the capitol and make your voices heard?” said Rep. Jim Jordan.

Regardless of party affiliation, or political perspective, the devastation and death caused during the storming of the Capitol is unforgivable and unacceptable to most Americans.

“Everyone who broke the windows stole things from the capitol and fought the police should be arrested but the people who were just peacefully protesting are fine,” said Daniel Zelin (9).

Perhaps the charges may differ among those who participated in the storming of the Capitol, but it seems that any argument to claim bystander status will fall on deaf ears with most Americans, most see those who were involved in the occupation as guilty of an unconscionable act that is unacceptable and deserving of punishment.