The changing stigma of mental health in teens 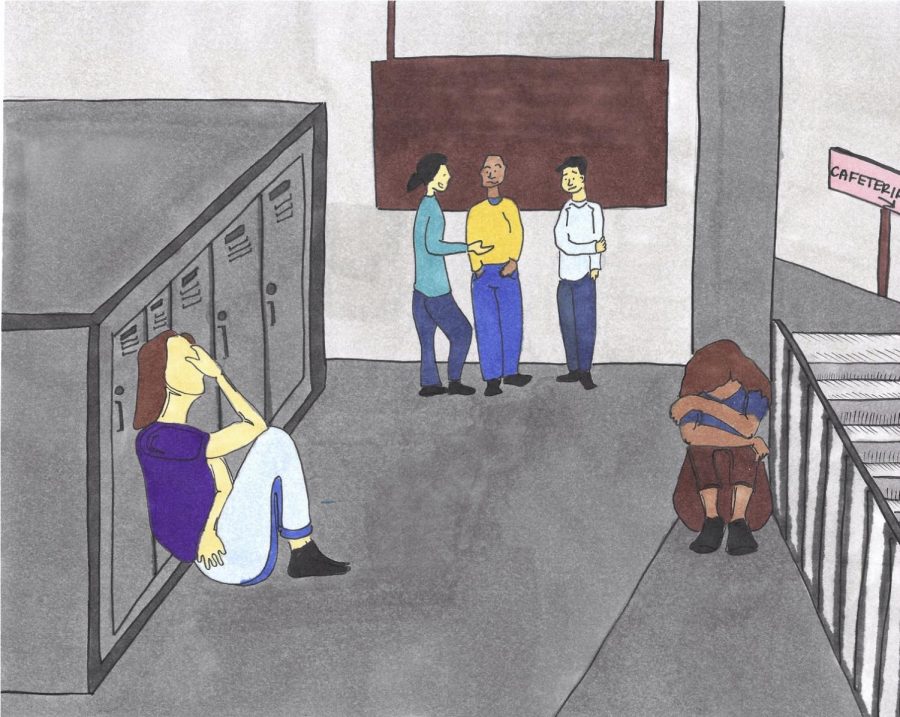 STILL A STIGMA: Between 10 and 20 percent of teens experience mental health conditions, according to the World Health Organization. “There still is a stigma but I would argue it's not as strong as it used to be because people are more open about it, the media encourages [discussing] it more often,” said psychology teacher Ms. Onofry, “but there still definitely is a stigma.” Illustrator Nora Khaled used blank paper alcohol based markers and fine-tipped pens to create this illustration.

Now is a critical time in the discussion of mental health–especially for students; sitting in front of a screen with limited social connection is taxing if not detrimental to the mental health of a teenager.

“There still is a stigma but I would argue it’s not as strong as it used to be because people are more open about it, the media encourages [discussing] it more often,” said psychology teacher Ms. Onofry, “but there still definitely is a stigma.”

And yet there is still a stigma surrounding mental health.

“It’s not a visible illness in the traditional way that, say, a flu or physical disability is,” said Niki Meyari (11) explained that a part of the stigma surrounding mental health issues comes from the lack of understanding some people may have. Not everyone for instance, can recognize the symptoms of depression because they are not always as visible as the symptoms of the flu.

But the stigma is changing in younger generations; the discussion of mental health is becoming normalized.

“I had noticed a trend closer to stigmatizing good mental health,” said Jaydakai Price (12), adding that how “people almost act like having mental health struggles makes them superior to others.”

“This is just as unhealthy, if not more unhealthy than stigmatizing the discussion of mental health.”

The way mental health, whether positive or negative, is depicted over time has undergone massive changes.

“Depression in teens is at an all time high and I think that people are starting to recognize that mental health is very important to a healthy life,” said Jack Schreiber (12), a cornerback and wide receiver on the Wolves varsity football team.

And only by a frank, open, and respectful discussion can progress be made.

“By talking and discussing your own mental health, you’re helping get rid of the stigma about mental health, and could show someone else that they are not alone,” Schreiber said.

“I think it is very important to be able to discuss their mental health,” said Jaydakai Price. “Having external support can help people in many ways, from helping them through a problem to possibly saving their life.”

Desert Mountain has various options, including counselors, a psychologist, various support groups, to help students express themselves.
Help is available
The school psychologist, Ms. Trusler, gave some insight to the resources available here at DM.

“There are a few support groups on campus, I sponsor one of them: Active Minds,” she said, urging anyone hurting to “reach out to me, on email or on teams.”

Ms. Trussler emphasized the importance of opening lines of communication between teachers and students as well. “Teachers have said that they’d do anything for the kids if they just asked,” she said. During challenging times, communication with teachers and with counselors is critical.

The current circumstances of the pandemic have presented every person, of every age, with challenges. This challenge cannot be overlooked, she said.