Allegory of the echo chamber

The dangers of complacency in an era of information 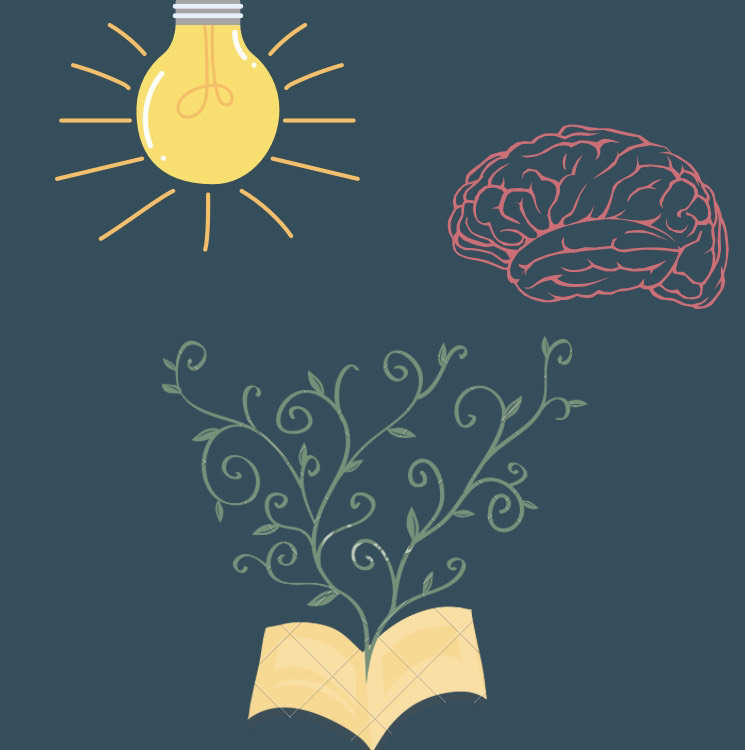 In "Allegory of the echo chamber", writer Gabriela Chen warns that complacency and bias are the shards that can tear at the fabric of our Republic.

The whole world watched in suspense as this year’s election week unfolded. Almost every American held their breath. Here at DM students in hallways peered anxiously at screens with pictures of red and blue painted across a United States map. The election was seemingly unpredictable; either candidate winning provided stress for both sides.

For years, the elections we conduct in the United States have been more or less the same story. People vote for the candidate to represent their beliefs and then, the people vote again between the original candidate and their opponent. Then, the electoral college ultimately chooses the next president of the United States.

However, this year’s election especially has brought awareness to the imperfections of our election system in America.

The younger generation has been more involved in the political climate in America. Desert Mountain is home to a Young Democrats Club, where co-president and senior Eli Tebeau  says that the electoral college is a “faulty system that needs to be fixed”.

“States that have fewer people have more of an influence in the greater scheme of things,” Lukacik said. “The more populated your state is, the less your vote matters. It also makes it bad if you are a democrat living in a red state or a republican living in a blue state because then, basically, you have a much lower motivation to vote because it is a ‘winner takes all’ system.”

The founding fathers themselves describe the electoral college as a safeguard against “the tyranny of the majority,” Lukacik added, so it cannot possibly represent the will of the people. Five elections throughout our history have resulted in a popular vote win, but a loss in the election itself.

A possible solution is something called “ranked-choice voting,” which is a system in which voters rank candidates by preference on the ballots. Only Nevada, Wyoming, and Kansas utilized ranked choice voting in this past election. Lukacik and Tebeau said states passing laws to ensure that the electors vote with how the state voted would ensure that the will of the people is heard. However, this would basically render the electoral college useless; whoever wins the popular will win the election.

Senior Danielle Sherman, co-president of the Young Dems Club said “everything carries bias,” regardless of the news outlet.

“Watching Fox News or CNN is fine, as long as you are consuming both. There is value, even in those heavily biased outlets, because you can identify where the information is skewed one way. It is everyone’s responsibility to be educated about current events and what is going on,” Sherman said. “At least knowing, being aware and having your own personal beliefs and taking a stand is important.”

Tebeau suggests listening to FiveThirtyEight Politics Podcast, which he says provides great analyses of the election and the process, and watching Patriot Act on Netflix, which is both humorous and educational.

Lukacik said “it all boils down to doing your own research, being aware of your sources and not living in an echo chamber.

“Educate yourself about what you are consuming because there is no such thing as an unbiased source,” said Lukacik, who recommends watching BBC News for a more global reach and a less biased version of American politics.

Famed philosopher Plato aimed to describe the effects of knowledge and the lack of it within society in his famous Allegory of the Cave. Plato argued in favor of questioning any assumption about reality and urged people to think for themselves.

We, as students, must aim to do the same by staying educated and developing our own opinions. School should play an important role in developing these opinions as the only other source of opinions or information is family. Living within the echo chamber of your household can be dangerous; staying knowledgeable is key.

Nicolette Clayton, a DM junior, says that this election “felt like our entire lives were on pause and everything could change in the blink of an eye.

“This election determines whether people can have access to safe healthcare and can get married,” she said.”

Elections matter and remaining blind to the issues won’t help. Even as adolescents, we are affected by the outcome of these elections in America and we have a responsibility to remain informed and influence the world around us as we grow into adulthood and actively participate in the democratic process.

Social studies teachers such as Janet Emond, have stepped up to the task of informing students of current events.

“We as teachers have an obligation to teach students these things,” said Emond, the criminology teacher at DM, “because all high school students will experience a presidential election in their high school career.”

Using elections as teaching opportunities is important for students who may not understand the election process or any of the policies debated by candidates. However, teaching students is not only providing information, but providing it in such a way as to leave any opinion out of it.

“Biases should not translate into everyday teaching and it is not necessary to expose that part of yourself to students,” said Ms. Emond, adding that she varies her sources for news to gain a more accurate picture of the story. Emond said her favorite source is NPR, which reports on the story after other major news organizations, but reports more accurately and with a larger sum of facts.

Ms. Emond also explains there are so many opportunities to create connections between the material in criminology and real-world events. She has created a game for her criminology students in which they can work together as a team to answer questions about current events. Unfortunately, because of the pandemic, this game cannot be played this year, but that does not stop Ms. Emond from delivering the news and sources to her class.

“Students are not disrespectful. I can’t think of an incident where a student could not handle these conversations,” Ms. Emond said. Discussions are necessary to gain different perspectives and more insight on specific real-world topics. Ms. Emond agrees that “students need to hear from each other and learn to be respectful of different opinions.”

Some topics, students said, are not up for debate.

Lukacik (in a wonderful example of respectful student discussion) disagrees. “It is inevitable that there will be teachers who will project their own opinions onto things,” he said. “It might be for the best to encourage students to go off on their own and educate themselves, and then students can make their own conclusions.”

“We talked about [the process] as a way to understand the 2020 election and as a way to look at elections throughout American history” Mr. Peterson said, “whatever we are talking about in some previous era in American history, we want to find some way to make it relevant to who we are today and where our roots are. I think if we do that, at the end of the year, students have the information and the historical background to make their own decisions about the world.”

Students, as the “next generation to run the Republic”, have a responsibility to uphold a concept called “civic virtue,” which Mr. Peterson defines as the “set of behaviors, beliefs, attitudes that are necessary to make a Republic function.” Our own Katie Hofmann touches on the idea of “civic virtue” and feeling safe in expressing political beliefs. This idea is best represented in our Constitution, which describes the powers of our government as being “derived from the consent of the governed.”

Our voices must not only be heard, but be influenced by information about the world we live in.

“The only way that the class works is when students are talking constantly, though it is more structured, there is always conversation.”

Participation, using knowledge and prior education, is what makes our American democracy function.

Though no one is free from bias, Mr. Peterson says he attempts to keep his bias at bay by “tak[ing] the view of the Republic”, which means understanding the founders’ intentions when they created our country and supporting that with historical documents, such as the Declaration of Independence.

“It is not important that my students have my worldview or that they see the world from any particular perspective, but when I teach them I teach them from the perspective of the Republic as being our guiding principle,” Mr. Peterson said. “What I try to get my students to do is develop their critical thinking skills and their abilities to explain things in their own words from their own perspectives.”

What we can do

The electoral college was founded in an era in which many Americans were of the farming class and only the aristocracy had access to education. However, this is, as author Donny Miller puts it, “the age of information.” We no longer have need for the electoral college as the vast majority of the American population is well educated and can easily obtain information regarding public policy and current issues. Being knowledgeable is our best defense against the blockades to our voices.

Allowing for respectful discussions among students and teaching about the different beliefs that exist in America can significantly help in facilitating the growth and understanding of younger generations.

“There is a very large lack of knowledge about what is going on,” says Tebeau. “Teachers have a responsibility to set out issues and give information about it. It becomes an echo chamber when your parents lean heavily to one side”, and the ideas are never questioned, he said.

Even as students we must uphold the behaviors included in the “civic virtue” entrusted to us as citizens of this Republic.

“The idea that a Republic is the ideal form of government is at the heart of American history,” Peterson said.

We must all turn out heads toward the light, question everything and educate ourselves to be the best possible citizens and to make our voices heard. Step outside of the “echo chamber” and learn. All the issues influence us and though many of us do not yet possess the responsibility to vote, we have a duty to become knowledgeable about the issues so we can make the best possible decisions for our country as adults. This democracy cannot function without maintenance of civic virtue and it will not represent the people until we decide to pursue it.