Critical Race Theory a tool for justice, not hate 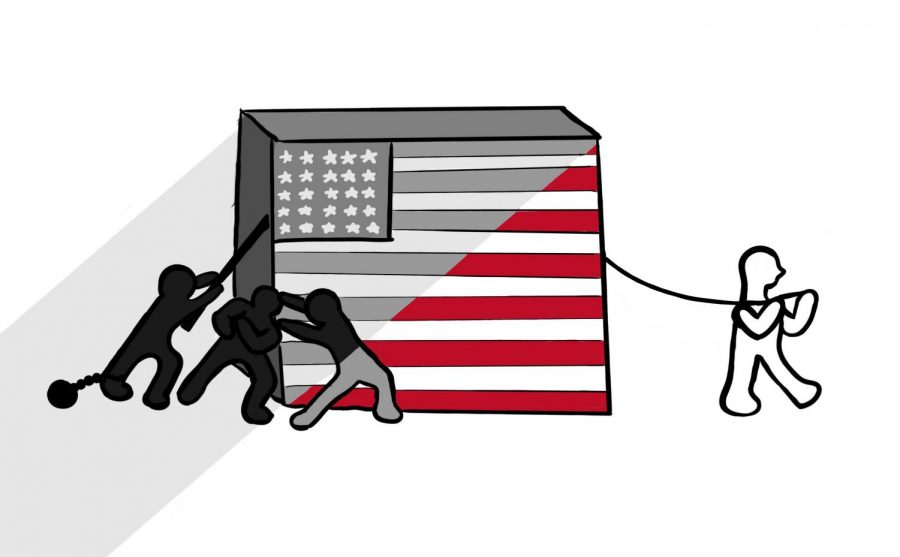 Starting mostly in early October of this year, rightwing media and politicians took aim at an allegedly “Marxist ideology”. Known as Critical Race Theory (CRT), President Donald Trump, and his administration took aim at anti-bias training by publishing a directive to every Federal agency, commanding a halt on anything that may have relied on critical race theory. Our own David Lukacik is firing back.

Rarely do social science theories hold such a prominent place in the minds of pundits and politicians as much as we have seen in the past few months. With a whole host of accusations and misinformation swirling around a relative niche idea, critical race theory is a point of surprising contention with the current Presidential administration and the public’s relationship with it.

Welcome to Wolf’s Print: Decoded, a series where we provide a brief rundown into a nuanced topic, idea, or issue currently provoking our school, city, or country.

Starting mostly in early October of this year, right wing media and politicians took aim at an allegedly “Marxist ideology”. Known as Critical Race Theory (CRT), President Donald Trump and his administration targeted anti-bias training by publishing a directive to every Federal agency, commanding a halt on anything that may have relied on critical race theory. During the first presidential debate, in his response to Chris Wallace’s question regarding systemic racism, the President referred to CRT as “… very bad ideas and frankly, very sick ideas. And really, they were teaching people to hate our country, and I’m not going to allow that to happen.”

If one were to take these comments at face value, critical race theory is apparently some anti-American idea, produced solely to tear apart the fabric of our nation. Allegedly, the theory is being used as “toxic propaganda” in primary education classrooms, leading to students being “ashamed” of American history. Our own Gabriela Chen writes about the real-world impacts of this education style in our own education community.

While shame in America’s past may be more warranted and constructive than the aforementioned comments imply, this characterization of CRT is rather hyperbolic.

Critical Race Theory, in reality, is simply a theory used in the social sciences to look at society and culture through the categories of race, power, and law.

In the broadest possible sense, CRT rests upon two tenets. One, that white supremacy exists and displays and has held power over time, and that the existence of white supremacy is further supported by the law. And second, that these institutional oppressions can be reformed via racial emancipation and anti-subordination.

According to the UCLA School of Public Affairs, “CRT recognizes that racism is engrained in the fabric and system of the American society. The individual racist need not exist to note that institutional racism is pervasive in the dominant culture…. CRT identifies that these power structures are based on white privilege and white supremacy, which perpetuates the marginalization of people of color.”

Essentially, to condense the theory into its most absolute form, critical race theory establishes the existence of systemic racism* as a point of significant contention, and attempts to find solutions that are more direct and action oriented, striving to resolve the most material consequences of institutionalized racism. Due to the intersectionality of the framework, CRT also contextualizes the issues of gender, sexuality, class, and disability, and how, very often, these aspects are overlooked in our world.

Far from some communist, red-scare esque boogie-man, CRT instead posits a contrary look at the foundations of our society and the many problems often faced by the most marginalized groups. In the sciences, it is important to challenge preexisting notions, and CRT is rather successful in that sense. CRT questions the legal idealism that the law and our judicial institutions are neutral and race-blind, especially the aspects of liberalism** and meritocracy***, viewing those primarily as vehicles for power, privilege, and self-interest.

Ultimately, all that CRT is working towards is an egalitarian, just, and inclusive society, and in order to achieve that, the theory acknowledges the existence of sizable barriers between where we are now, and the society we should strive towards. Mostly, CRT works to address and recognize the effects of decades of racism, institutional and otherwise throughout history, that maintains very real modern day effects on life.

Issues including housing segregation, bank loans, labor discrimination, and educational accsess have all been examined using critical race theory. Using this framework has allowed for a much more nuanced explanation of all of these issues and more.

Academics across the country have voiced their concern over the Trump administration’s move against the idea, denouncing it as an attack on an important tool to address the very real concerns of racism in the country.

CRT, contrary to some beliefs, is not taught at any level below the collegiate. Is it really so horrible for the education system to address the mass oppression historically impressed on minorities, that continues to affect them today in our nation? Why should we not be more aware of prejudice, in order to combat the harmful systems that impact real people on a day to day basis?

Arguably, if one were to conform the most to American ideals of a free and equal country of people, one would embrace something like Critical Race theory, to achieve a system that works justly for all Americans, regardless of any factors far outside their own control.

What topic would you like to see us cover next? Vote below: