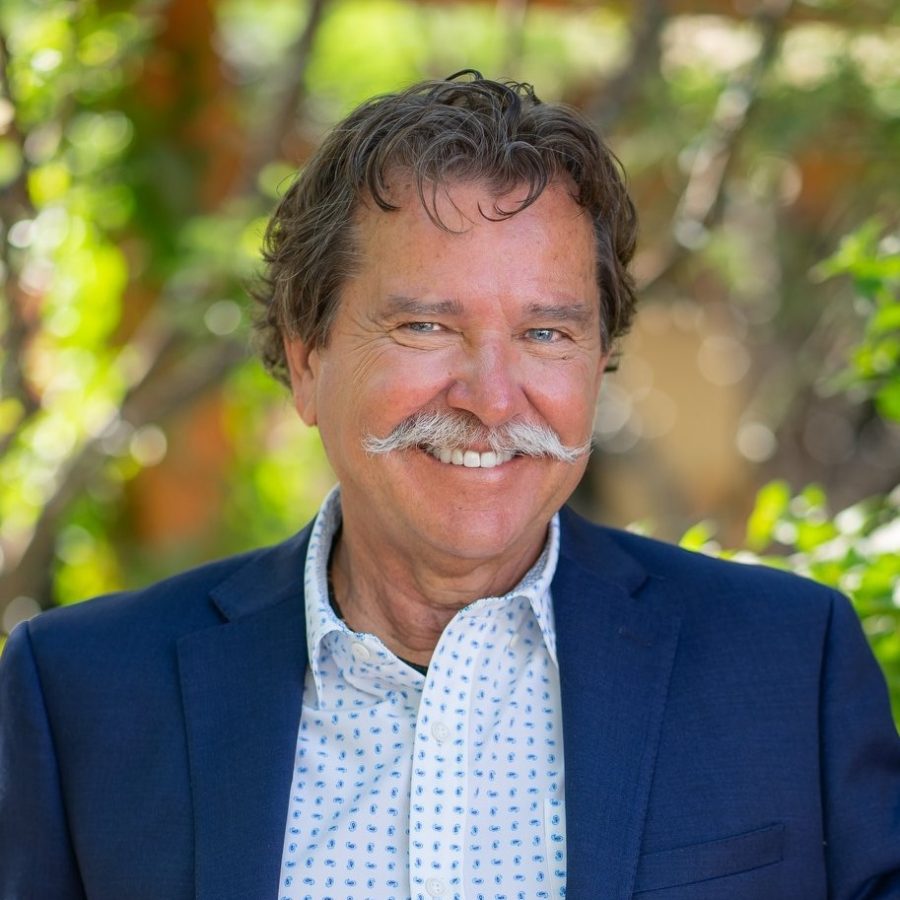 NO 'LITTLE' FEAT: Scottsdale City Council candidate John Little has earned the Wolf's Print endorsement thanks to his attention to the importance of education. “My proposal has been to work with school leaders to incorporate a new education element into the voter approved General Plan," he said. Promoting growth and maintaining the character of Scottsdale is not mutually exclusive, Little said.

With our entire country seemingly at a crossroads, it can be hard to imagine a more polarized situation then the 2020 election. On all levels and on all sides, we are seeing not only additional voter turnout, but additional aggression and hate in politics. Imagining anyone free of these partisan vices seems impossible. Except for one candidate.

In Scottsdale, we are at a turning point. We have seen years of questionable decisions at city hall: The firing of city workers because of partisan bickering, the repealing of the mask mandate; managing of the Desert Discovery Center and Southbridge II fiascos. Consider these, along with citizen protests and a seeming lack of direction.

Now the choice is clear: what kind of leadership do we want for our city?

Mr. Little has served the citizens of Scottsdale for more than 25 years, first as the Chief of Staff to famous Mayor Herb Drinkwater, then as the city manager. His campaign slogan is “Principled. Tested. Committed.” In my candidate research, I have yet to meet anyone who meets these standards more than John Little. It is a breath of fresh air to have a candidate who runs for the people of Scottsdale, rather for personal or partisan gain.

In nonpartisan elections, like in Scottsdale, candidates can easily still run partisan campaigns. A certain candidate has even taken to putting “Vote Republican” stickers on their sign in an attempt to influence voters.

However, Mr. Little doesn’t take a partisan viewpoint when it comes to Scottsdale.

“As city officers,” Mr. Little said, “we should always put community interests over self interests.”

This is the kind of mindset that belongs on the City Council.

In Scottsdale, our problems aren’t partisan. Leaders like Mr. Little are the kind of people we need in office to help sort out these problems of partisan gridlock. It’s reflected through his endorsements by Democrats and Republicans alike–including former Arizona Attorney General Grant Woods, City Councilpeople Virginia Korte and Linda Milhaven, education leader Julie Cieniawski, candidate Kevin Maxwell, and so many more.

Mr. Little understands the value of collaboration–there is always a way to get stuff done, as long as you are willing to work with those around you. Mr. Little’s principles of respect and compassion allow him to easily connect with others, officials and citizens, to hear their voices and represent them. John Little is the type of man who will represent all citizens. Not just those who vote for him.

Of course, there are still policy decisions relevant to Scottsdale. The big debate this year is between pro-growth and anti-development. At first glance, the anti-development movement seems to have a point: we do not want high rise buildings that destroy our sunsets or our character, or that build on our preserve. We don’t want endless construction projects at all hours of day.

But when you take the time to research, this argument is extremely flawed.

Stopping all growth is not resident friendly.

Stopping all growth is exactly what really will destroy Scottsdale’s character.

We are a city of growth: we have grown from 1,000 people in 1920 to 260,000 almost a century later. We have grown. And we have kept our character. And we live in a popular tourism destination in the fastest growing county in the United States.

Scottsdale will grow whether you like it or not–and the leaders who are pro-growth believe in finding solutions to develop our city without hurting the sunsets or destroying our character.

Those who deny growth will only destroy our economy and isolate our young people. Leaders like Mr. Little and Ms. Tammy Caputi are finding solutions to sensibly move forward.

Mr. Little cited the evolution of the Loop 101 as among his proudest accomplishments in Scottsdale–because it showed that promoting growth and preserving Scottsdale’s character is not a mutually exclusive proposition.

During the creation of the Loop 101, Mr. Little pioneered an effort with the Department of Transportation to mitigate the noise coming from the highway for nearby communities. Years later, cities nationwide have adopted these strategies. Mr. Little hikes in our preserve–and even biked across the city to meet voters of all parts. He embodies the character of Scottsdale, which is why it is urgent to have a leader like him on the Council.

A policy of Mr. Little’s that really struck me was his inclusion of education into Scottsdale’s General Plan.

“The General Plan is made up of aspirations–what we aspire to be. There is nothing more important in our community than our children and grandchildren,” Mr. Little said. “My proposal has been to work with school leaders to incorporate a new education element into the voter approved General Plan.

Typically, city governments don’t take a stance in public education. But public schools, like Desert Mountain, are part of the city–so why wouldn’t we want to help them?

For too long, education has been underfunded and under-supported in our state. Mr. Little’s plan to include it in the General Plan is genius. A good public education system is not only good for students, but for our community as well.

“We cannot have a sustainable community,” says Mr. Little, “without quality public education.”

When I asked Mr. Little what legacy he hoped to leave behind in Scottsdale, I could not help but crack a smile.

“I want to leave behind a legacy of love and compassion in Scottsdale,” he said.

That’s not something you hear from a politician every day.

I immediately thought of the LOVE sculpture we have in Old Town. That is one of the most picturesque spots in our city; that sculpture represents the people who we want to be. So it’s time we elect leaders who believe the same. That’s John Little.

And if you aren’t convinced yet, John Little has a super cool mustache.